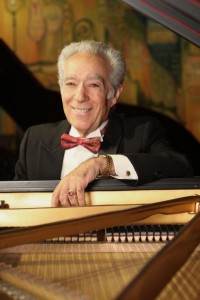 John Boyajy received his Bachelor’s and Masters degrees from The Juilliard School of Music. He appeared at Avery Fischer Hall in Lincoln Center; many college campuses; on the Concerts Grand and Dance Palace piano series in Marin County; Sebastopol Center for the Arts; and Old First Church and the Victorian Englander House in San Francisco. John performed the Beethoven Fourth and Schumann Piano Concertos and the Beethoven Choral Fantasy with the Bay Area Classical Harmonies Orchestra and Chorus under Andrew Chung. In addition to public appearances, he performs at private homes and is often involved in fundraisers and similar community events.

As a collaborative artist, John has appeared with dozens of singers, including Maxine Bernstein, Executive Director of San Francisco-based LIEDER ALIVE!; Roberta Wain-Becker, director of Golden Gate Opera; and nationally acclaimed basso Kirk Eichelberger. He has also accompanied almost every orchestral instrument, with the notable exceptions of the piccolo and euphonium. John has written commentary on the Bay Area classical music scene for San Francisco Classical Voice and is a Board member of the Marin County branch of the California Music Teachers’ Association and San Francisco-based LIEDER ALIVE!

As a teacher of both children and adults, John emphasizes a strong, natural technique and shares his passion for the piano and its incomparable literature. His approach successfully assists students in achieving their highest potential. His students have won honors (up to and including first prize) in many Bay Area competitions. In his vocal coaching work, John focuses on good diction, maintenance of the line through good support, and overall musicianship.

John has served as a judge at many competitions, including the United States Open Music Competition. He is a member of the music ministry team at All Saints Lutheran Church in Novato where, in addition to accompanying the choir, he appears as tenor soloist. http://jboyajy.homestead.com 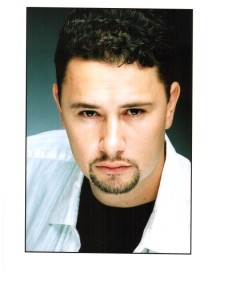 Gustavo Hernández García, tenor, began his singing career through the Young Musicians Program of UC Berkeley, where he studied with David Tigner.  He has been a featured soloist for the Young Musician’s Program, Bay Area Singers’ Forum, North Bay Opera, and the Oakland Youth Chorus, through which he performed for former president Bill Clinton.  Hernández has sung lead tenor roles in Il Barbiere di Siviglia, Lucia di Lammermoor, and Norma, and secondary roles in Idomeneo, Tosca, Die Zauberflöte and Carmen.  Hernández’s forays into Oratorio include singing the tenor solos for Mendehlsson’s Elijah, The Messiah, The Mozart Requiem, Rossini’s Stabat Mater, Mozart’s Coronation Mass and the Mozart Vespers.  Hernández recently sang with the San Francisco Opera Chorus inGötterdämmerung and the Los Angeles Opera Chorus in Der fliegende Holländer.  After receiving his B.M. from the San Francisco Conservatory in 2005, Hernández received his M.M. in Vocal Arts at the USC Thornton School of Music. http://nationalchildrenschorus.com/team/gustavo-hernandez-garcia