Bay Area Classical Harmonies invites you to enjoy exquisite musical works of the Renaissance and Baroque periods in their annual spring concert. 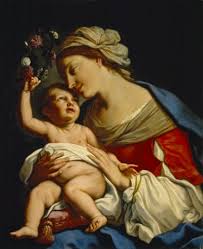 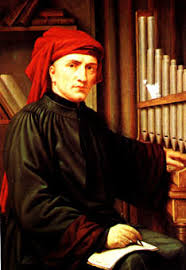 REFRESHMENTS PROVIDED DURING THE CONCERT 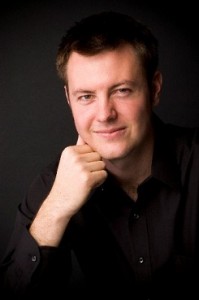 Joseph Hammer’s voice has been described as “powerful” (BostonEdge) and as showing “warm baritone gravity” (The Boston Globe). In recent seasons, Joseph appeared in the role of Doctor Malatesta in Donizetti’s Don Pasquale with North Bay Opera and in the role of Wagner in Gounod’s Faust with Opera San Jose. Other highlights of his operatic repertoire include Escamillo in Carmen, Aeneas in Dido and Aeneas, Don Giovanni, Schaunard in La Bohème, Falke in Die Fledermaus, John Proctor in The Crucible and Count Almaviva in Le Nozze di Figaro.

Joseph’s training includes the young artist program of Opera New Jersey, where he covered the role of Dandini in Rossini’s La Cenerentola. He was also a member of the Bonfils-Stanton Young Artist Program of the Central City Opera, where he performed the role of a Guest in a new production of Menotti’s The Saint of Bleecker Street. Joseph holds a Master’s Degree in Vocal Performance from New England Conservatory. 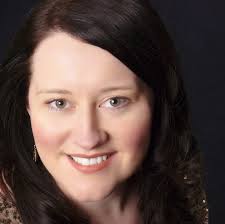 Katelyn Neumann hails from Santa Barbara, California. Ms. Neumann has a B.A. in Music from Cal Poly State University, San Luis Obispo and a M.M. in Vocal Performance from California State University, Northridge. Ms. Neumann has been the recipient of numerous accolades from both local and national music organizations. Ms. Neumann has performed several operatic roles including Cherubino in Le Nozze di Figaro with the Lyric Opera Studio Weimar, the title role in Handel’s Giulio Cesare with BASOTI, Mother with Capitol City Opera in Atlanta in the world premiere of Curtis Bryant’s The Secret Agent, and Maddalena in Verdi’s Rigoletto with Capitol City Opera, to name a few. Ms. Neumann has also performed with Opera San Jose in its 2014 productions of Madama Butterfly and Don Giovanni, and looks forward to performing with them again in their upcoming production of The Magic Flute. Ms. Neumann also enjoys performing operetta and made her Lamplighters Musical Theatre debut as Leila in Gilbert and Sullivan’s Iolanthe in 2013, and performed leading roles with Lyric Theatre of San Jose as Mrs. Crocker in The Prince of Pilsen and Lady Sophy in Utopia Limited in 2014. Ms. Neumann also enjoys performing as a soloist throughout California and is excited to be performing with the Bay Area Classical Harmonies. www.katelynneumann.com 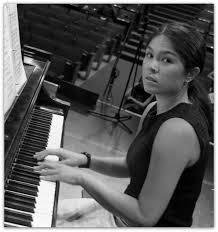 Naomi Stine began playing the piano at age four and has been surrounded by music ever since. At age twenty Ms. Stine studied piano with Dr. Bruce Cook at Diablo Valley College, and in 2004 was chosen to perform the Mozart Piano Concerto No.23 K.488 as a live soloist with the Diablo Valley Philharmonic Orchestra. Since 2006, Ms. Stine has studied piano with world renowned concert pianist Roger Woodward at San Francisco State University where she earned a Bachelor of Music degree in Piano Performance. She earned her Masters of Music Degree in Piano Performance under Roger Woodward. Ms. Stine has participated in many recitals and competitions at San Francisco State University and plans to pursue a Doctorate of Music upon her graduation in the Spring. Ms. Stine is excited and eager to pursue teaching piano to students of ages and walks of life throughout her musical career. www.vibomusicschool.com/NaomiStine.html 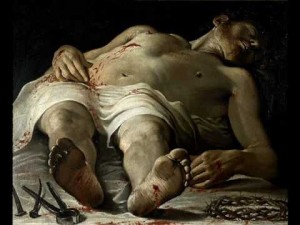 “So You Want to Write A Fugue” by Glenn Gould