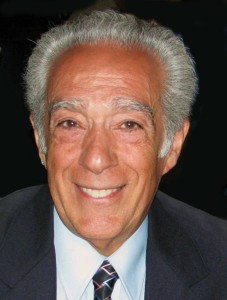 Classical Pianist John Boyajy
In the Spring Time…
What does one’s fancy turn to in the spring? If it’s love, then what better piece to hear than Debussy’s sensuous L’Isle Joyeuse, based on a famous Watteau painting depicting an amorous celebration on the island of Cythera.
In addition to Debussy’s magnificent tone-poem, JOhn will be offering a somewhat different take on love: the second and fourth of Chopin’s Ballades, each taking us on a wide-ranging emotional adventure.
The sprightly and upbeat Italian Concerto of Bach will be a welcome respite to the intimacy of Chopin, and then:
A WORLD PREMIERE!
Recent Runes, a set of three pieces by East Bay-based composer Ann Callaway, exploring the piano’s sonorities in fascinating ways.

John is so excited to be preparing this program for you, and most especially to be premiering these lovely pieces by a talented local composer.

John Boyajy received his Bachelor’s and Masters degrees from The Juilliard School of Music. He appeared at Avery Fischer Hall in Lincoln Center; many college campuses; on the Concerts Grand and Dance Palace piano series in Marin County; Sebastopol Center for the Arts; and Old First Church and the Victorian Englander House in San Francisco. John performed the Beethoven Fourth and Schumann Piano Concertos and the Beethoven Choral Fantasy with the Bay Area Classical Harmonies Orchestra and Chorus under Andrew Chung. In addition to public appearances, he performs at private homes and is often involved in fundraisers and similar community events.

As a collaborative artist, John has appeared with dozens of singers, including Maxine Bernstein, Executive Director of San Francisco-based LIEDER ALIVE!; Roberta Wain-Becker, director of Golden Gate Opera; and nationally acclaimed basso Kirk Eichelberger. He has also accompanied almost every orchestral instrument, with the notable exceptions of the piccolo and euphonium. John has written commentary on the Bay Area classical music scene for San Francisco Classical Voice and is a Board member of the Marin County branch of the California Music Teachers’ Association and San Francisco-based LIEDER ALIVE!

As a teacher of both children and adults, John emphasizes a strong, natural technique and shares his passion for the piano and its incomparable literature. His approach successfully assists students in achieving their highest potential. His students have won honors (up to and including first prize) in many Bay Area competitions. In his vocal coaching work, John focuses on good diction, maintenance of the line through good support, and overall musicianship.

John has served as a judge at many competitions, including the United States Open Music Competition. He is a member of the music ministry team at All Saints Lutheran Church in Novato where, in addition to accompanying the choir, he appears as tenor soloist.